🎈NEW MUSIC FRIDAY. Huge thanks to Spotify for chucking Can I Stay Here Forever (Pt. II) on the sweetest of all Friday themed playlists and our 9th consecutive to land on it! Save it and add to your playlists here. #marsicans #newmusicfriday #spotify #spotifyUK #canistayhereforever

🎈 🎈 🎈 ALBUM DEAL. We have just signed with Killing Moon for our debut album. Here’s to the roaring 20’s! #marsicans #killingmoon #albumdeal #debutalbum #lastmanmusic

🎈2020 LIST. We might not be Bradford bassline or ketamine-charged punk but we did still make The Guardian's list of 50 New Artists for 2020. 👀 "This Leeds indie quartet have the same slick arena-indie heft of Foals, Two Door Cinema Club and Circa Waves... They released their first recordings back in 2014, and have lurked around the big time ever since – but could finally break through thanks to some of their strongest songs yet..." Read the full article here. #marsicans #th

🎈Massive thanks to BBC Radio 1 and Abbie McCarthy and Emily Pilbeam for showcasing our Reading Festival performance of "Little Things" on air last night. 📻 Listen in from 10mins here. Thanks too to BBC Introducing for letting us headline their stages at Reading and Leeds - and to everyone for turning out at both sites. What a weekend! ☀️ #marsicans #readingfestival #readingandleeds #abbiemccarthy #emilypilbeam #littlethings #liverecording #bbcintroducing

SUPPORTING THE SHERLOCKS ON TOUR

🎈AUTUMN TOUR. We're gonna be tearing up the UK with The Sherlocks and Indoor Pets in a couple of months. Time to iron the disco pants. 🕺 On sale now here. #marsicans #tour #october #november #uktour #thesherlocks #indoorpets

🎈JAMES CHATTED to BBC News about headlining the BBC Music Introducing stage at Reading Festival & Leeds Festival this weekend. Luckily, he managed to keep his cool. "The singer/guitarist admits he's been practicing his best rock 'n' roll 'foot on the monitor' pose for the latest big occasion. 'It's what the audience wants and deserves.' " 😂 Read the full article here. #marsicans #bbc #bbcnews #readingfestival #readingandleeds #leedsfest 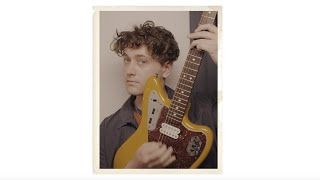 🎈THANKS TO ALL who've listened to, shared and written about our new single Little Things. Your efforts made us #1 on Hype Machine's Top 10 Most Blogged Artists for the first time. A selection of kind words below... "An impassioned, number that tremors and shakes through the verses and brings all elements together for a momentous singalong chorus." - The Line Of Best Fit "A bold, buoyant piece of indie pop, with Marsicans growing in ambition with every note." - Clash Magazin

🎈SUMMER FESTIVALS. The sun is shining, the season is at hand! We can't wait to see you out and about this summer. More to be announced! 🌞 Tickets on sale now. 🎪 #marsicans #festivals #2019 #summer